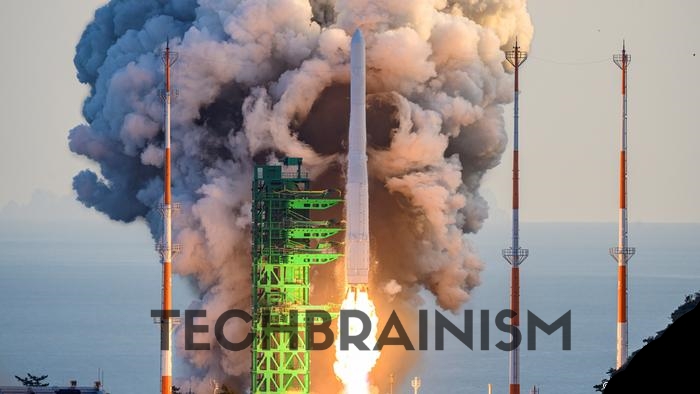 Months after its initial liftoff failed to successfully orbit a cargo, South Korea launched its first homegrown space rocket on Tuesday in the nation’s second attempt.

In addition to bolstering South Korea’s expanding space aspirations, a successful launch would demonstrate that country has the necessary technology to develop a space-based surveillance system and more powerful missiles in the midst of tensions with North Korea, some analysts claim.

At 4 p.m., the three-stage Nuri rocket launched from South Korea’s sole space launch facility, located on a tiny island off its southern coast, carrying what authorities refer to as a working “performance verification” satellite. Live TV video showed the rocket carrying the national flag ascending into the sky above a cloud of dense white smoke.

The outcomes of the launch will be announced by officials later on Tuesday.

The fake payload of the rocket reached its intended height of 700km (435 miles) during the first attempt last October, but it was unable to enter orbit because the rocket’s third stage engine failed sooner than expected.

South Korea would become the tenth country in the world to send a satellite into orbit using its own technology if Tuesday’s launch goes successful.

The 10th-largest economy in the world, South Korea, is a significant provider of cellphones, cars, and semiconductors to international markets. But compared to its Asian neighbours China, India, and Japan, it has a less advanced space development programme.

There is no evidence that either of North Korea’s first two Earth observation satellites, launched in 2012 and 2016, have ever returned home with space-based pictures and data. Because they were perceived as fronts for testing the nation’s outlawed long-range missile capability, the North Korean launches prompted UN economic penalties.

South Korea has launched several satellites into orbit since the early 1990s, but they have all done so from foreign launch pads or on rockets that were made with the aid of foreign technology. South Korea successfully launched a satellite from its own country for the first time in 2013; nonetheless, the Russians produced the launch vehicle’s first stage.

According to South Korean officials, the Nuri missile has no military function.

A multilateral export control framework tightly prohibits the transfer of space launch technology because it has military uses. Ballistic missiles and space launch vehicles, according to experts, share comparable bodies, engines, and other parts, however missiles need different technology and a reentry vehicle.

“A rocket would turn become a space launch vehicle if a satellite was placed on top of it. However, if you attach a warhead to it, it turns becomes a weapon, according to Kwon Yong Soo, a former professor at the South Korean university Korea National Defense University. “If we are successful in launching Nuri, it will be quite significant because we will also have successfully tested a long-range rocket that can be utilised to develop a long-range missile.”

Because Nuri utilises liquid fuels, which must be stored at an extremely low temperature and take significantly longer to refuel than solid fuels, Lee Choon Geun, an honorary research fellow at South Korea’s Science and Technology Policy Institute, said it is challenging to directly deploy Nuri as a missile. He said that North Korean long-range missiles utilise liquid fuels as well, but much more quickly since they must be kept at normal temperatures and are exceedingly poisonous.

About 30 missiles with prospective ranges that put the US mainland and its regional allies like South Korea and Japan within striking reach have been tested by North Korea this year.

Kwon said that a successful Nuri launch would demonstrate South Korea’s capabilities to deploy a spy satellite into orbit.

Best 5 Laptops Under 40000 in India for Office Use

6 min read
How to