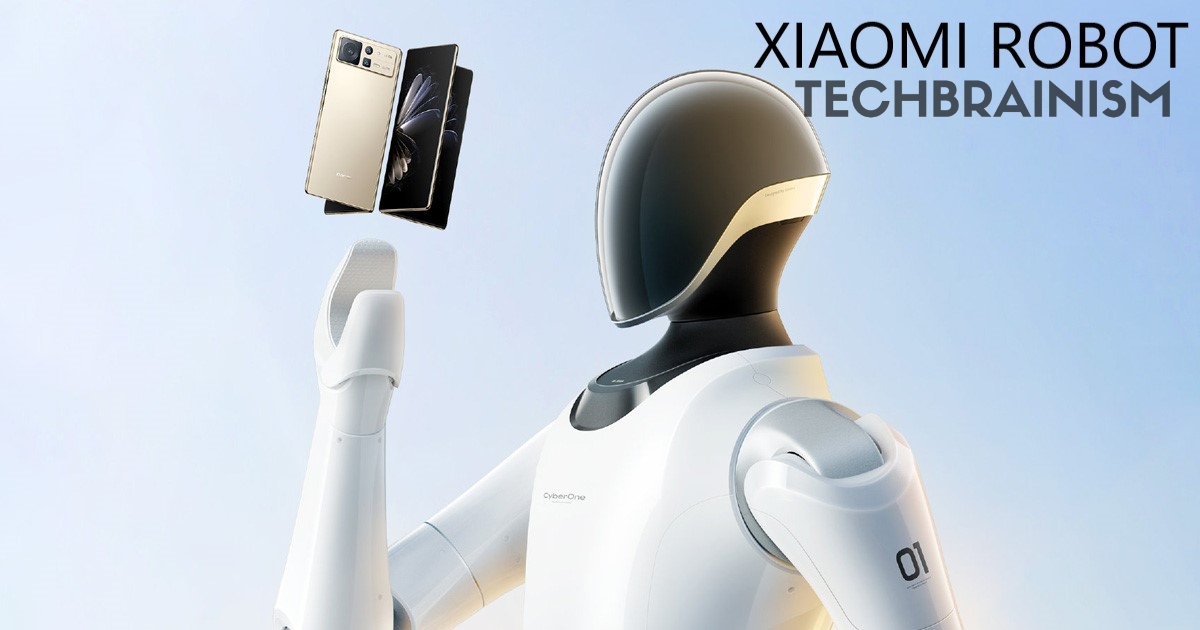 On Thursday, Xiaomi held a live event to introduce the Xiaomi Mix Fold 2 and CyberOne, the company’s first humanoid robot. The robot has the ability to listen in on human conversations and recognise people as well as their emotions. The CyberOne is 52 kg, 177 cm tall, and has a 168 cm arm span. It is said to have 3D spatial perception abilities. The CyberOne is outfitted with tools that can distinguish between 45 different categories of human emotion and 85 different types of ambient noises. At the Mobile World Congress (MWC) 2022 in February, Xiaomi debuted its CyberDog quadruped robot.

On Thursday, Xiaomi debuted the CyberOne during the launch ceremony for the Xiaomi Mix Fold 2. A flower was presented to the CEO of the business by the humanoid robot.

On stage, the humanoid robot demonstrated certain actions while giving a flower to the company’s CEO Lei Jun.

“Xiaomi Robotics Lab created all of the AI and mechanical capabilities of CyberOne on its own. We have made significant investments in R&D across a range of fields, including the development of software, hardware, and algorithms “Lei Jun released a statement.

CyberOne comes with arms, legs, and supports bipedal motion and is said to reach a peak torque of up to 300Nm. It has an OLED module to display facial expressions and can see the world in 3D.

Developed by Xiaomi’s Robotics Lab, the CyberOne features a matte white colour finish with dark joints. Lei Jun says it can move at a speed of 3.6km/hour. Further, The robot measures 177cm in height and 52kg by weight, with an arm span of 168cm.

Xiaomi says the CyberOne supports up to 21 degrees of freedom in motion and has a real-time response speed of 0.5ms. A motor with a rated output torque of up to 30Nm powers the upper limbs of CyberOne. Further, the robot is claimed to hold up to 1.5kg in weight with single hand.

The top limbs of CyberOne are propelled by a motor with a rated output torque of up to 30Nm. Furthermore, it is stated that the robot can support up to 1.5 kg of weight with just one hand. The new gadget from Xiaomi has a Mi Sense technology together with an AI algorithm that enables CyberOne to recognise people and their motions. Additionally, 85 different ambient sound kinds are believed to be recognised, as well as 45 different categories of human emotion.

Before its official release, the CyberOne may receive an upgrade with additional functionality. “While CyberOne continues to introduce new features, Xiaomi is only starting out in the space. Future human life will undoubtedly include intelligent robots, in our opinion “”Lei Jun” remarked.

Following the unveiling of the CyberDog earlier this year, Xiaomi’s Robotics Lab has now unveiled the CyberOne. With 11 highly accurate sensors, including touch sensors, cameras, and GPS modules, it can detect and interact with its surroundings thanks to Nvidia’s Jetson Xavier AI platform. The Xiaomi CyberDog can respond to voice instructions and has a 128GB SSD storage capacity. It may be operated using the included remote control or a linked smartphone app, and it responds to wake-up orders.