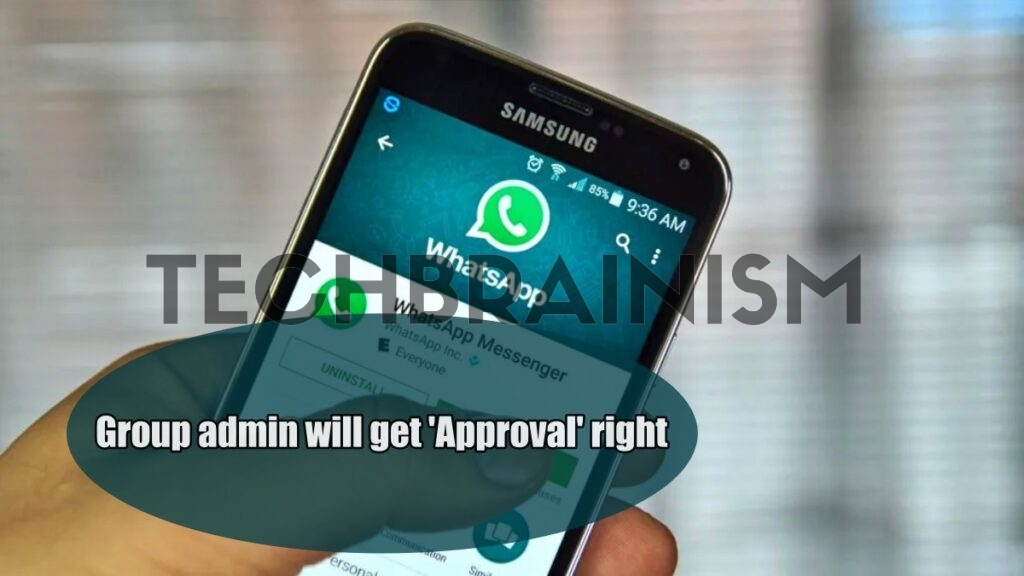 According to reports, WhatsApp is developing a new feature that will offer group administrators additional authority and control. The group admins of the Meta-owned instant messaging service could soon be able to approve new participants by adding a new option to the app. It would be simpler for group administrators to protect privacy and cut down on spam communications. The function has been seen in WhatsApp for Android beta v2.22.18.9, which is accessible through the Google Play Beta programme, although testers cannot currently access it.

A new feature that would let group administrators control who may join the group is reportedly being developed by WhatsApp, according to a report from features tracker WABetaInfo. Once available, the “Approve new members” option in the WhatsApp group settings will allow group managers to accept or reject incoming requests from users who all want to join a certain group.

A screenshot of the new option is also included in the post, offering WhatsApp users a preview of what the functionality would look like when it launches. In the screenshot, the Approve new participants option can be found in WhatsApp group info’s edit group admins menu, which is located at the bottom of the group settings menu. WhatsApp is probably going to include a new part where it will display all of the individuals who are currently requesting to join the group.

The messaging app is rumoured to be releasing the upgrade via the Google Play Beta programme, starting with the Android v2.22.18.9 beta. As it is currently in development, beta testers cannot see the functionality.

The change occurs shortly after the Meta-owned social messaging app unveiled a new privacy feature that enables users to leave WhatsApp groups secretly without informing other members of their departure. Users will be able to leave a group secretly using this functionality, with the exception of the admins. Currently, WhatsApp displays an automatically produced notification whenever a group member leaves. This month, all users will have access to the new feature.