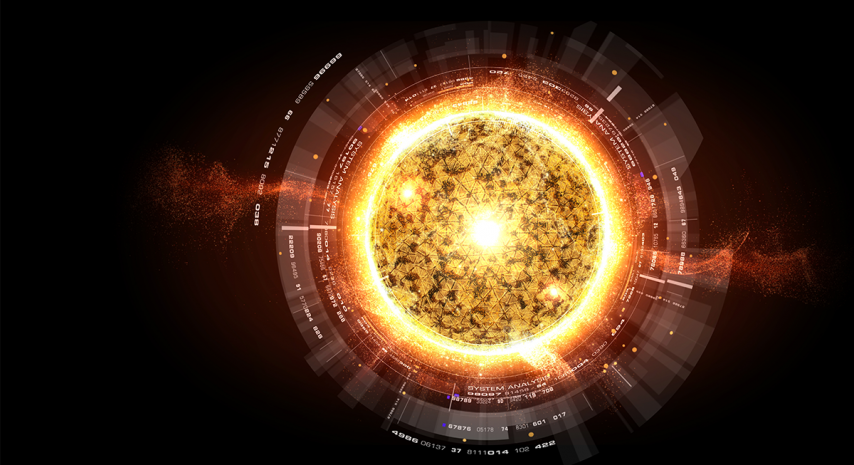 The breakthrough advances scientists\’ goal of harnessing the fusion that occurs at the Sun\’s core and reproducing it in a controlled manner on Earth.

Fusion power, if successful, will give a safe, sustainable, ecologically responsible, and plentiful source of energy to the globe.

Nuclear fusion (which powers the world\’s nuclear reactors) is practically the polar opposite of nuclear fission. Fission is the breaking apart of heavy atoms like uranium, whereas fusion is the smashing together of light atoms to produce heavier atoms and energy.

Fusion is a more environmentally friendly process since it produces no radioactive waste and uses light, plentiful materials like hydrogen, which can be sourced from seawater, rather than costly and scarce elements like uranium or plutonium.

One litre of water might theoretically offer enough raw material for fusion to create as much energy as 300 litres of oil burning.

Plasma, a state of matter formed by the tremendous gravitational pressure and high heat of stars like the Sun, is replicated by nuclear fusion devices like KSTAR, also known as tokamaks.

Hydrogen atoms collide at tremendous speeds in this super-hot star plasma, forming helium atoms. These fusions result in massive quantities of energy being emitted by stars.

To replicate this, tokamaks—also known as \”artificial suns\”—must heat heavy helium (deuterium) to temperatures of millions of degrees Fahrenheit using lasers before enclosing it within massive magnetic fields.

These artificial suns have kept the plasma at these temperatures long enough for atomic nuclei to start smashing together to create fusion energy.

While this temperature is higher than that of the Sun when fusion processes begin (approximately 60 million °F), temperatures in an artificial sun must be considerably higher to compensate since researchers on Earth can\’t reproduce the enormous pressure caused by gravity at the centre of a star.

This requires heating plasma to at least 180 million degrees Fahrenheit in a tokamak in order for atomic nuclei to collide quickly enough to initiate nuclear fusion.
In 2018, the KSTAR device was the first to breach this barrier, achieving these temperatures in plasma for under 1.5 seconds.

While KSTAR\’s new record cannot match EAST\’s in terms of duration, the project\’s researchers have succeeded in heating plasma to an essential temperature of 180 million degrees Fahrenheit.

In addition, the KSTAR team was able to confine this plasma for a record-breaking 30 seconds.

The Korea Institute of Fusion Energy will now work to develop KSTAR so that it can keep plasma at a temperature of 180 million degrees Fahrenheit for longer periods of time. The goal will be to keep this super-hot plasma contained for at least 300 seconds.