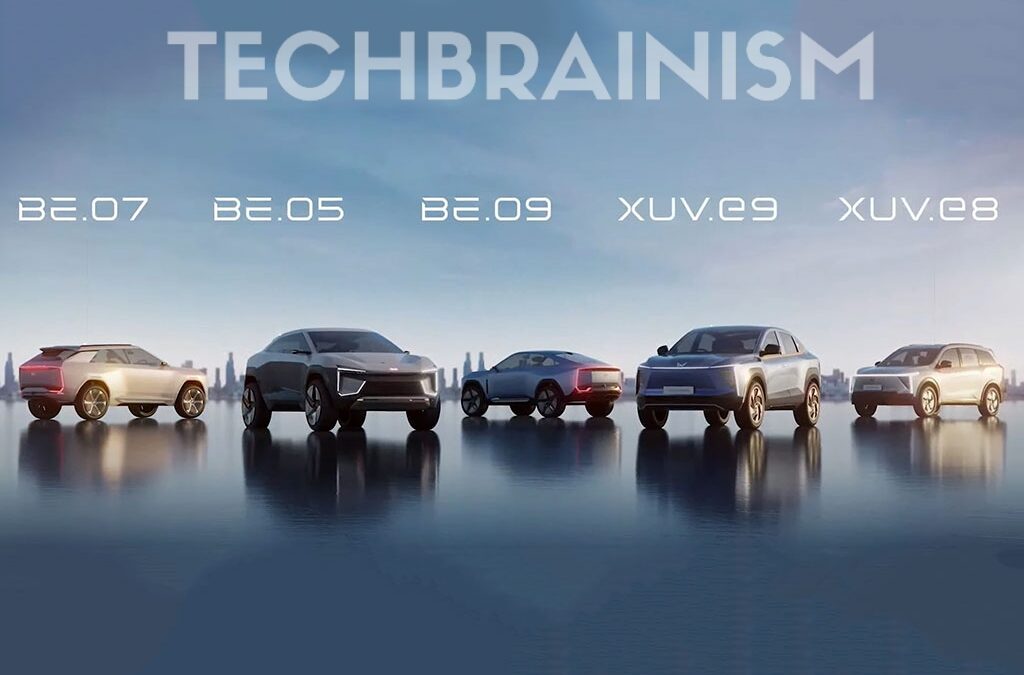 Anand Mahindra, chairman of the Mahindra Group, said on Monday that the moment is right to join the electric passenger car market because of rising customer awareness and established government backing. The Indian auto giant said that it will introduce five new electric Sports Utility Vehicles (SUVs) for both local and global markets, with the first four likely to go on sale between 2024 and 2026. This move was made in an effort to capture market share in the electric four-wheeler category.

The first of the five e-SUVs would be unveiled by the corporation near the end of 2024, beginning with the Indian market. Mahindra is not currently active in the passenger electric vehicle market. With a market share of more than 70%, it is the dominant player in the domestic electric three-wheeler industry.

“We feel that the moment is ripe and correct for us to join the four-wheeler markets with our line of battery electric cars today with government assistance, quick lowering of the cost of ownership, and greater consumer awareness of environmental awareness concerns,” Mahindra said.

The five electric SUVs, according to him, were the “cornerstone of the company’s worldwide ambitions.”
Mahindra pointed out that British International Investment (BII) has already agreed to spend up to $250 million (just under 2,000 crore rupees) in the company’s electric car project.

BII said last month that it will contribute Rs. 1,925 crore to Mahindra & Mahindra’s new electric car division. According to a contract between the two partners, the projected product range for the new electric vehicle firm EV Co. is expected to require a total capital infusion of around $1 billion (roughly Rs. 7,930 crore) between FY24 and FY27.

According to M&M, BII’s investment would hasten the availability and uptake of electric vehicles in India and other areas the manufacturer serves.
The carmaker said that two brands—XUV and the brand-new, electric-only BE—would be used to market the five electric SUV models. The all-new electric vehicle would be released under the BE lineage, while legacy models would fall under the XUV brand.

Additionally, Mahindra displayed its brand-new INGLO platform, which will support all future Mahindra EVs. Anish Shah, the managing director and chief executive officer of Mahindra Group, said the new electric SUVs offer a strategic direction consistent with the company’s fundamental value of offering consumers technology that is prepared for the future.

“By 2027, we anticipate selling a fifth of electric SUVs,” he said.

Around 2.25 lakh SUVs were sold in the domestic market overall by the company in FY22.
The five electric SUVs, according to M&M Executive Director for the Auto and Farm Sectors Rajesh Jejurikar, offer a glimpse of the company’s strategic future.

In addition to electrifying the roads, he continued, “our goal is to electrify the hearts and minds of SUV enthusiasts in India and throughout the world.”

The carmaker also formally opened Mahindra Advanced Design Europe (M.A.D.E.) on Monday, which will act as the conceptual hub for the business’s portfolio of electric vehicle products.

With the Nexon EV, Tata Motors presently holds the lead in the local electric car market.

The business and Volkswagen, a prominent global automaker, announced on Monday that they had signed a contract to further investigate their partnership in the electric car market.

In order to further their partnership agreement from earlier this year, the firms have signed a term sheet for the provision of MEB (modular electric drive matrix) electric components for the new electric platform INGLO of the Mumbai-based manufacturer.

Over the course of its existence, the partnership hopes to sell more than one million units, five of which will be MEB-equipped all-electric SUVs.

The two businesses also stated in a joint statement that they will look into more potential for cooperation, opening the door to a larger strategic alliance to hasten the electrification of the Indian automobile sector.

The term sheet includes a route toward the future localization of the battery system as well as all significant commercial and technical terms. By the end of 2022, the final supply agreement will have been concluded in a productive and compliant manner.

Both businesses have agreed to further investigate potential areas of e-mobility collaboration, including vehicle projects, localization of battery cell manufacturing and charging, and energy solutions for the electric ecosystem in India, as the next step toward a potential strategic alliance for India.

Thomas Schmall, CEO of Volkswagen Group Components and a member of the Volkswagen Group Board of Management responsible for technology, stated that Volkswagen and Mahindra together could make a significant contribution to the electrification of India, a sizable automobile market with ambitious climate protection commitments.