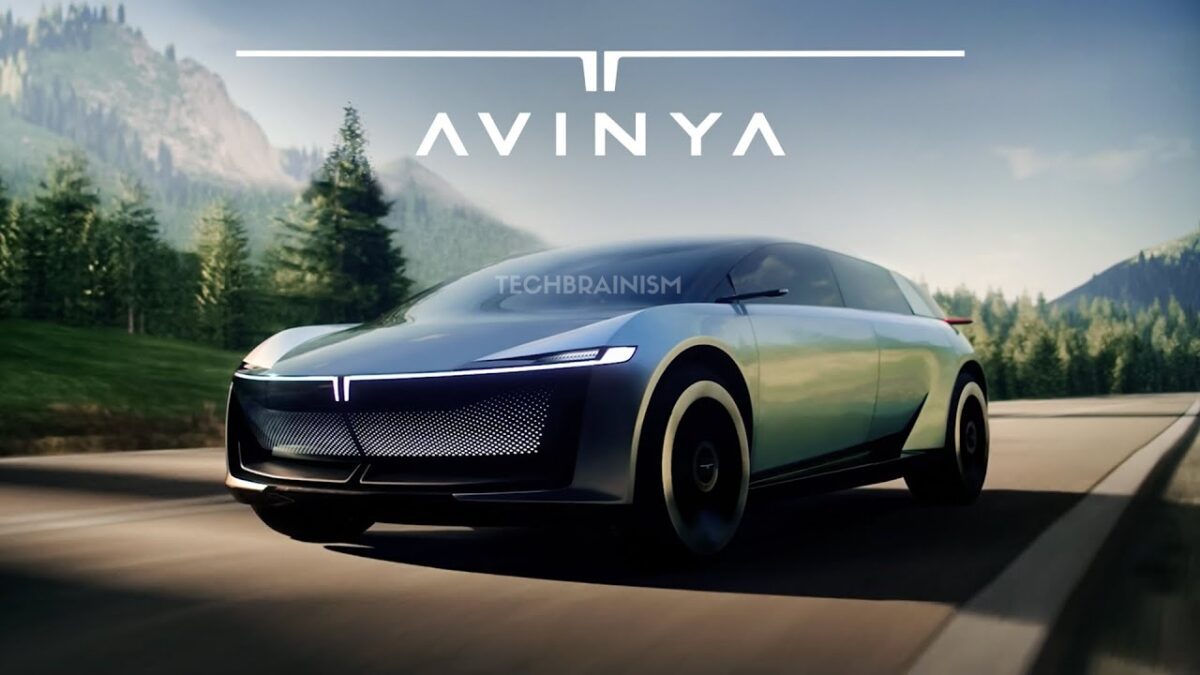 The Tata Avinya concept has been unveiled ahead of its production-ready model that is set to be introduced by 2025.

TATA Motors has been batting on the front foot when it comes to electric vehicles (EVs) but in recent times, the Indian automaker has been stepping out of the crease and hitting big with as many as two concept showcased to the country and the world. While Tata Curvv Concept was a spectacular show of intent when it comes to EV designing and its production version being prepped for a launch by 2024, the company also took the covers off of Tata Avinya EV concept, an even more ambitious project based on its new GEN 3 architecture.

What’s in a concept

Tata Motors has a lion’s share in the Indian EV space for passenger vehicles. And while the electric car space may still be quite small here, the likes of Tata Nexon EV and Tata Tigor EV have been faring quite well. But while both models are here, Tata Motors appears determined to seal its leadership position in the times to come as well. As such, the likes of Curvv Concept and Avinya are solid statements of focused intent. Do both concepts look spectacular? Of course, most concepts tend to do. But designers over at Tata Motors say one of their major goals is to ensure production versions as close to the concepts as possible.

Details regarding the powertrain of the Tata Avinya remain scarce, although the company has revealed that the model will have a minimum range of 500kms and can be charged in less than 30 minutes.

Upfront, the Tata Avinya concept features big DRLs on either side, culminating in the Tata logo at the centre. The body-coloured bumper will be contrasted by two-piece black inserts that mimic a grille. On either side, the model gets butterfly doors, cameras that act as ORVMs, blacked-out B-pillars and roof that gives a floating roof design, large alloy wheels, a set of LED tail lights, and an LED light bar running along the length of the tail-gate. The latter receives a dual-tone finish, while the bumper features a black diffuser.

Inside, the Tata Avinya features a dual-tone beige and brown interior theme, a panoramic sunroof, a two-spoke, flat-bottom steering wheel with a floating instrument console, a soundbar positioned in the middle of the dashboard, speakers mounted on the side of the front seats for the second-row passengers, and an aroma diffuser on the centre console.

Built on the new Gen3 architecture

Tata Motors Passenger Electric Mobility (TPEM) has developed this new car on the Gen3 architecture. This Pure Electric Vehicle platform will be the basis of all future Tata vehicles. Its special thing is that it is quite flexible in itself. Along with this, along with the space inside the car, it is also useful to put the battery in the right place.

Give comfort to the eyes

Its look has been made different from bold or sporty, which gives comfort to the eyes. Its curves are designed in such a way that the entire car gives a smooth feel. This is basically an inspired design from the Catamaran.

Revolving seat In this car

The company has made both the front seats revolving. According to these seats, special care has been taken of the leg space in the car. While an aroma diffuser has been given on the handrest between the two front seats. No flashy colors have been used in the interior of the car.

The windscreen of the Tata Avinya has been designed in such a way that it gives the fun of Skydome View. It starts from the bonnet of the car and goes all the way to the sunroof space above the front seat. The alloy wheels, on the other hand, are somewhat similar to the ones on the Tata Curvv, but are slightly different from the flower design.

The interior of the car is minimalist

The Tata Avinya’s interior has been kept simple and minimalist, keeping the interiors futuristic. A touch panel has been given on the steering wheel of the car. With this, most of the features of the car can be controlled. Apart from this, a sound bar has been given on the dashboard. Apart from this, it has been kept plane and Calm only. Whereas speakers have been given on every headrest for personalized experience. At the same time, for the front passenger, personal touch control on both sides and voice command assistant facility has been provided on each seat.

It will be seen Tata Motors has recently formed a new company Tata Passenger Electric Mobility to focus on electric vehicles. Tata Avinya has been made under this company. The Tata Avinya gets a redesigned logo of Tata Motors which will actually act as the DRL headlamp for the car. On the back side, it will make up for the lack of tail lamps.

Tata Avinya Battery, Electric Motor and Range: The crossover EV will be the first car to be based on Tata’s dedicated Gen3 EV platform and is likely to offer a high range battery pack good for a range of more than 500km. It will support ultra-fast charging which will offer a 500km range in just 30 minutes of charge.

The Tata Avinya concept is expected to be priced at Rs 30 lakh (ex-showroom).

There are no direct rivals to the Tata Avinya concept.

As far as names go, these may inspire or may just be an end thought. So while ‘Curvv’ sought to put the spotlight on the curves on the concept model and may not have involved a whole lot of thought process, Avinya means innovation in Sanskrit and the name does do justice to the concept product.

The AVINYA Concept is a giant stride towards the next generation of electric vehicles by Tata Passenger Electric Mobility (TPEM). It is an expression of the Company’s vision of a Pure electric vehicle, based on its GEN 3 architecture. Derived from the Sanskrit language, the name AVINYA stands for ‘Innovation’. The AVINYA Concept introduces a new typology of mobility that liberates enormous roominess and comfort, not restricted by traditional segmentation. It comes packed with new age technology, software and artificial intelligence that work in the background to deliver wellness and tranquillity during transit. Providing an extremely premium yet simple and calming customer experience, this concept will be fairly accessible to a majority of customers of fast-growing, high-volume segments of today. With this, TPEM is all set to unleash a new breed of EVs that will redefine the automobile space. This path breaking EV will be introduced to the market by 2025.

Originally inspired by a catamaran, the AVINYA concept is an uncompromising vision for electric mobility. With a new silhouette, this concept is a mixology of the best of the worlds – it is a product which combines the essence of a premium hatch to the luxuries and versatility of an SUV and the roominess and functionality of an MPV – all put together to create something new and beautiful. A significant highlight on the front and the rear of the vehicle is the new identity. This new identity as a part of the DRL is a subtle nod to our commitment to enhance the quality of life and is a pivotal step in the evolution of EVs. It is also the manifesto and emphasises the Horizon and the Infinite possibilities that the Gen 3 electrification will offer. Gliding to the sides, one is met by the ‘Butterfly’ doors, which welcome you with open arms to a class leading spacious interior which is sure to make its occupants feel calm.

The AVINYA concept focuses on a human centric design and promises a sensory journey of its own. From the sky dome that enhances the overall sense of space and natural light to the functional console inspired steering wheel, to the voice activated systems for a deeper interface for all its passengers, to the sustainable materials being used, that communicate the ethos of the product and finally the finishing touch of the aroma diffuser – that envelope you in an ambience that is serene and soothing.

Furthermore, envisaging a future trend, this concept is designed to believe that lesser screen time is the way to go. Taking this into consideration the AVINYA concept has been made screen-less, to bar any distractions inside the car and create a stress-free environment for the mind and soul.

A PURE EV AT ITS CORE:

The AVINYA concept stands for empathetic mobility, a machine that is engineered to be smart, spacious, sustainable yet techy. The agile and robust Pure EV GEN 3 Architecture offers this concept with a flexible design while boasting of next generation connectivity, advanced driver assistance systems and enhanced performance and efficiency. Pioneered out of India for the world, this global platform offers high structural safety and has the next level of water proofing and dust protection, making it ready for all forms of terrains.

This architecture is built with the use of next-gen materials, efficient electronic componentry and proprietary energy management strategies & algorithms for efficiency management. Use of light-weight materials, and optimized structure for an EV only powertrain with enabled appropriate stiffness, helps minimize the overall mass, leading to good weight management. Furthermore, the battery used will support an ultra-fast charge capability, in line with the infrastructure evolution, pumping a minimum 500 kms range in under 30 minutes. The overall philosophy for enhanced range would be ‘Minimize- Maximize – Optimize’.

Drawing inspiration from human sensory cues whilst promising a stress-free experience with every drive, the AVINYA stands by the concept of minimalism and is a leap forward in the right direction, making it the absolute regiment of sustainable movement.

Engineering: Information of All Types of Branches & Job Opportunity

Covid-19 : The Black Fungus, Symptoms, Cause and Treatment – Explained